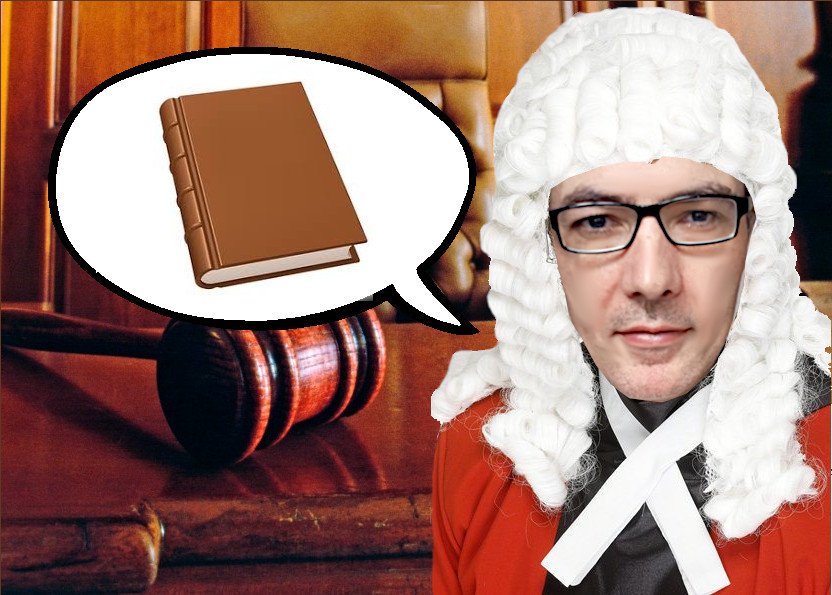 A guide to structuring arguments, originally written for The Philosophy Forum.

Argumentation at its best, in writing, and especially in academic writing, requires an approach that forgoes the appeals to emotion and rhetorical trickery that are often effective in face-to-face interactions in favour of a more systematic and sober approach that can stand up to reasoned scrutiny.

In one way, building an effective argument is like fortifying an area against unwanted intruders and in another like constructing a set of steps that slowly but surely lead your target to a set destination. The common thread in the apparently opposing metaphors here is that the rational reader, in terms of their conclusions, only goes where you want them to.

Effective arguments tend to include the following elements:

The first fundamental element of an argument is your claim. What is it that you want to argue for? This is open and differs widely depending on your field. So, your claim, for example, may be to do with the physical (scientific), the mental (psychological), the social (sociological), the aesthetic (artistic), or the metaphysical (philosophical). The type of claim you make will determine the nature and quantity of reasons and evidence necessary to support it. A narrow claim is likely to need much less support to be convincing than a broad claim. On the other hand, reasons and evidence for a broad claim may be much easier to come by.

Significance and Relevance of Claims

If the goal is to have people engage with your claim then it must be of some significance to them. There’s little point in making claims that are generally accepted or are of so little import that nobody cares that you made them.

When you’re sure your claim matters, then you need to go about supporting it. And the direction of support goes from reasons to evidence to sources of evidence. Reasons differ from evidence in that they may be entirely your own and stated in the abstract (for example, logical connections), whereas evidence generally comes from elsewhere and appeals to the concrete, i.e. data, statistics, verifiable facts etc. This is why reasons may require evidence to buttress them, whereas evidence does not necessarily require anything to support it other than a verifiable source.

Suppose you make the following claim (taken from one of the examples in the previous section):

This is very broad so evidence and reasons may not be hard to find. It’s also certainly a significant claim, so it’s likely to be of importance and attract interest. Finally, it’s a politically loaded claim (the implications of it being true or not true are relevant to policy-making decisions that may benefit or disadvantage particular groups). The consequence of the last factor is that though there may be plenty of reasons and evidence available and the claim may be relevant, it is still likely to meet many objections and require strong support in order to overcome these objections.

With that in mind, suppose you provide the following reason for your claim:

So, you’ve made progress in your argument. You’ve provided a reason. But we’re not finished yet. There are many objections that can still be made. The most obvious one is “How do you know that?”

Here is where evidence comes in. You want to demonstrate that the above is true. And you may draw evidence from primary, secondary, or tertiary sources to do this.

As should be clear from above, the most direct, most detailed, and therefore the strongest evidence is likely to come from primary sources.

With that in mind, you provide the following evidence as support for your claim:

This is a paper in which the researchers have gathered detailed data, particularly from Bureau of Justice statistics, on incarceration rates across the United States. It can be considered a secondary source as the researchers did not come up with the statistics themselves but gathered them from elsewhere. Considering the easily accessible and referenced primary source though, this can be considered strong evidence of the reason for your claim.

Your evidence may be objected to on several grounds

Objections to the source

Readers may feel your source is unreliable, outdated, or biased.

An example of an unreliable source could be Wikipedia where information can be changed quickly and by anyone. The site does have some failsafe mechanisms to avoid high levels of misinformation, and so it can provide some limited support to an argument, but it can’t be considered reliable enough for academic purposes and would certainly be challenged in that area. Blog articles and other online sources may also be considered unreliable if their authors lack relevant qualifications etc.

Sources could be challenged as being outdated if they are not recent enough relative to the pace of change in the field they deal with. The faster the knowledge of a particular area changes, the less useful older sources are. Areas such as quantum computing and biogenetics are likely to require very up-to-date sources, for example.

If your argument has political implication, as the above example does, evidence from sources considered to have some stake in one side or the other could be considered biased and therefore unacceptable. A more clearly neutral source than a blog or a newspaper could fairly be demanded.

The evidence you provided may be questioned on its accuracy in a number of ways. You may be challenged on your presentation of a given source’s data or your interpretation of it and also on your source’s methodology in gathering this data and/or procedures for processing it even if your source is considered authentic and reliable.

And even if the data comes from a reliable source and is considered accurate, it may not be sufficient to support the point you want to make. Relying on one study to make a particular point may not be acceptable depending on the scope of your claim. Very often cross-referencing data from different sources may be necessary to provide adequate support. But all that being done, if the type of evidence you are presenting is not strong enough in relation to the point you want to make, it may still not be considered sufficient.

Somewhat related to the previous point, your evidence may be questioned on its relevance to the specific claim you are making. Evidence can only count as evidence if it connects to the claim made. And the stronger the connection the better.

Your reasoning may be objected to on several grounds

Logical objections focus on the form of reasoning, which may include logical structure and implications either within a single reason (intra-consistency) or across several reasons (inter-consistency). Logical fallacies, of which there are many (a few of the more common ones are listed here) are typical objections in this sphere.

Objections of strength may focus on whether or not, despite consistency, you have enough reasons to support your claim. Very broad claims may require a large network of supporting reasons to make them compelling, whereas narrower claims may be compelling even on the basis of a single well-supported reason.

Though your reasons may be logical and plentiful enough, they may be objected to on the basis of how relevant they are to the actual claim, and if that is a possibility, you should prepare a warrant to help strengthen the connection between your reason and your claim.

The warrant is probably the part of preparing an argument that is least familiar to most people and is probably best dealt with through example.

Let’s take the claim we focused on above:

The reason given (and we’ll stick to one for simplicities sake) was:

The evidence provided showing that the above is true was taken from here:

That’s all fine; however, the link between the reason and the claim may be questioned. It may be accepted that there is irrefutable evidence that Blacks and Hispanics are imprisoned at higher rates than Whites, but consistently denied that this represents systemic racism.

A warrant can provide the link needed to overcome this objection.

When it comes to sentencing, Black and Hispanic convicts are treated more harshly for similar crimes than their White counterparts.

If this general principle can be established then the higher rates of imprisonment are contextualized as an instance of the racially discriminatory practice outlined.

Warrants obviously aren’t a guarantee of a good argument and may be attacked for similar reasons as other parts of your argument. They may be considered unjustified due to a lack of evidence, ungeneralizable, or limited in some other way. Again, you may have to go through a process of buttressing your warrant against attack with more levels of reasoning and evidence in order to make it strong enough to carry your claim. And the more formal your argumentative context, the more likely the inference from general principle to specific instance in your warrant is likely to be challenged and solid evidence to be sought after (with the balance of hard evidence and reasoning required also dependent on the field in which the claim is made and the type of claim made).

Putting all this together: When you go about constructing an argument, make sure you focus both on the necessary elements of the argument and the many potential objections that may be made to it in terms of its form (e.g. is it logical?) and its substance (e.g. is it well-supported?). Do not dismiss objections on the basis of what may seem obvious to you. Instead, work on the supposition that your reader will demand as much clarity as possible as to what your claim is and how you are supporting it and as much quantity and quality of support as you could reasonably be expected to give.

So, when forming an argument: