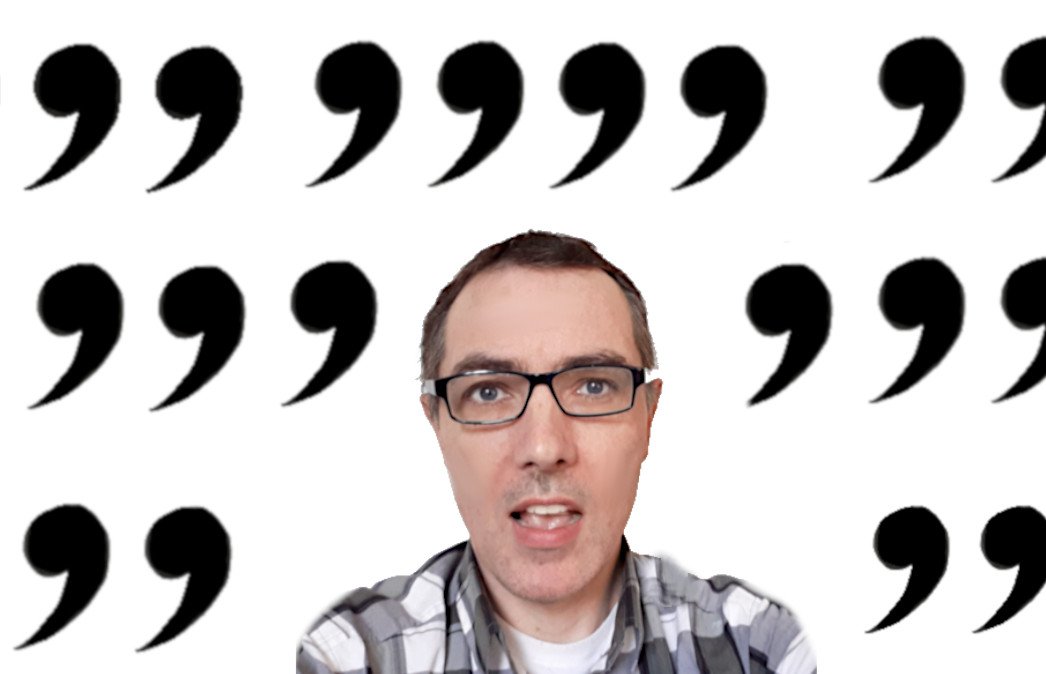 According to the Chicago Manual of Style, the comma is one of the most versatile of punctuation marks and indicates “the smallest interruption” in the train of thought that makes up a sentence. This all sounds rather harmless, but we editors and writers know that the situations where a comma may or may not be appropriate can quickly proliferate in a piece of work, and these comma complications can make remaining both consistent and true to tried-and-tested rules a real headache.

In this article, I will go through the rules concerning commas and illustrate them with examples. My major references here will be the aforementioned Chicago Manual of Style along with the New Oxford Style Manual, which together afford a broad transatlantic view of appropriate comma use.

I use blue text below to indicate acceptable usage and red to indicate unacceptable usage. With some rules, discretion can be applied, and where it can, I note it. Exceptions, modifications, and complications to rules are also identified. I use a moderately open style in my own use of commas for purposes of readability. More on open and closed styles is explained in context below.

With independent clauses in compound sentences joined by conjunctions, we usually need to use a comma before the conjunction.

Using an open style, we can omit this comma, especially if the sentence is short, but only if doing so is not likely to cause confusion.

But where one or more of the independent clauses contains commas, we should use semicolons rather than commas to separate the clauses.

Where a subject is shared across clauses (creating what’s called a compound predicate), we should omit the comma unless doing so would be likely to cause a misreading.

Human experience can exist in varying levels of quality and is largely defined by cultural environment.

Human experience can exist in varying levels of quality, and is largely defined by cultural environment.

The dependent clause below is restrictive because its removal would affect the meaning of the clause it follows.

They came in when we called them.

The dependent clause below is non-restrictive because it is incidental to the clause it follows and doesn’t affect its meaning.

In they came, when everyone had left.

Be careful when using the subordinating conjunction ‘because’ as there are occasions when a comma is necessary to avoid a serious misinterpretation.

He didn’t go because he was stressed.

(He went for a different reason.)

He didn’t go, because he was stressed.

(He stayed because he was stressed.)

She had an important choice to make, but until she was ready, she would not make it.

Closed style: Add another comma after the conjunction preceding the dependent clause.

She had an important choice to make, but, until she was ready, she would not make it.

She had an important choice to make, but until she was ready she would not make it.

She had an important choice to make but until she was ready she would not make it.

She had an important choice to make but until she was ready, she would not make it.

And whichever style you choose, remember to remain consistent across the text.

We normally use a comma after a dependent clause that begins a sentence.

Despite the decision being of urgent importance, she did not rush it.

We can follow adverbial phrases at the beginning of sentences with a comma.

After several contentious rounds of discussions, they finally reached an agreement.

But we can omit the comma if the phrase is short and no misreading is likely.

After several hours they reached a compromise.

After eating everyone felt more congenial.

After eating, everyone felt more congenial.

We shouldn’t use commas between an introductory adverbial phrase and a verb following it if the phrase modifies the verb.

Down the narrow road walked the procession.

Where an adverbial phrase separates a verb and its subject, we normally use a comma.

The procession, after being given the signal, walked down the narrow road.

Adjectival phrases and adjectival clauses are groups of words that act like adjectives to give more information about nouns/noun phrases. Similarly to adverbials, where the information is incidental to the meaning of the sentence, it is considered non-restrictive and we can set it off with commas; and where it is necessary to meaning, it is considered restrictive and we shouldn’t use commas.

The unusual-looking man reading in the corner is Ted.

(There is an unusual looking man reading in the corner. He is Ted.)

The man, who is unusual looking, is reading in the corner.

(The man happens to be unusual looking. The man is reading in the corner.)

The man who is unusual looking is reading in the corner.

The disadvantage of British practice is that some ambiguity may result.

The reports of the incident which were disbelieved were condemned.

As written, it means the same as:

The reports of the incident that were disbelieved were condemned.

(Only the disbelieved reports were condemned. There may also have been reports that were believed and not condemned.)

But unlike the latter, it could be confused with:

The reports of the incident, which were disbelieved, were condemned.

(All the reports of the incident were both disbelieved and condemned.)

Grammar Girl. (2018, June 27). When to Use a Comma Before ‘Because’. Retrieved from https://www.quickanddirtytips.com/education/grammar/when-to-use-a-comma-before-because.

University of Chicago Press. (1993). The Chicago manual of style. Chicago.